Everything which the enemy least expects will succeed the best. If he relies for security on a chain of mountains that he believes impracticable, and you pass these mountains by roads unknown to him, he is confused to start with, and if you press him he will not have time to recover from his consternation. In the same way, if he places himself behind a river to defend the crossing and you find some ford above or below on which to cross unknown to him, this surprise will derange and confuse him…. 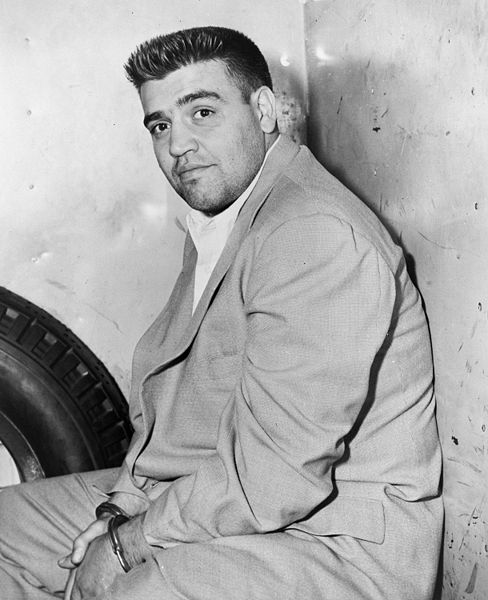 Vincent “the Chin” Gigante was known as the “Oddfather” of the Genovese crime family. Unlike John Gotti, who wore expensive suits and fancy jewelry, Gigante was often seen in his bathrobe, looking unkempt and babbling – people thought he had dementia. Gotti was terrified of Chin, he knew that Chin was just acting insane to fool the authorities.

For 30 years, Gigante’s insanity kept him safe. Charges against him were first dropped in 1970, when psychiatrists told that court that he was a paranoid schizophrenic. The Chin kept his act up over the years, it was a great way to keep the cops away.

He deliberately stages psychotic episodes to keep everyone convinced. The police once burst into his apartment and found him in the shower, under an umbrella.

After he became boss of the Genovese family, Gigante continued the deception to help disguise his new position. Soldiers were instructed never to use his name, but to point to their chin when they referred to him. He conducted much of the family’s business in the wee hours of the morning when he believed the FBI was less vigilant. The rest of the day was spent drooling and sputtering to himself. “The guy acts like a fruitcake 23 hours a day,” noted one investigator who had tracked the Chin for years, “but he finds one hour someplace each day to run the biggest Mafia family in the United States. Is he crazy? He’s the only one not in jail. Maybe he’s a genius.”

– A Treasury of Deception, Michael Farquhar

In 1990, he was finally arrested at his mother’s house. Psychiatrists again testified for him, claiming that he had “moderate to severe dementia which reflects significant underlying central nervous system dysfunction” (Dr. Wilfred G. van Gorp, director of neuropsychology at Columbia University Medical School). The jury didn’t buy it.

When in jail, the Chin finally dropped the crazy act.

He was captured on tape directing Genovese business in a “coherent, careful, and intelligent manner,” according to prosecutors, and once told a prison guard, “Nobody fucks with me.”

– A Treasury of Deception, Michael Farquhar

U.S Attorney Roslynn R. Mauskopf finally announced in 1997 that “the jig is up” after the Chin plead guilty. She said, “Vincent Gigante was a cunning faker, and those of us in law enforcement always knew this was an act.”

Gigante appeared insane on the surface, but underneath,  he was calm and rational.

Most people are the opposite. They seem rational on the surface, but really, there is a lot of disorder and irrationality lurking beneath the veneer. We ache for order, people who act crazy rattle us, they show us that they don’t operate according to the same rules that we do – this unpredictability naturally frightens us.

But these people inspire awe and respect – secretly, many of us wishes they can connect to their inner Mr. Hyde. There is an oppressive need to always be normal.

Hence it came about that I concealed my pleasures; and that when I reached years of reflection, and began to look round me and take stock of my progress and position in the world, I stood already committed to a profound duplicity of me.

But like the Chin, you have to keep your strategic insanity, if you wish to use it as a tactic, under control. if you allow yourself to be deliberately irrational, you should do so sparingly, if you overdo it, then you may be locked up. The occasional flash is enough to keep people off balance.

Randomness is thoroughly disturbing to humans….In ancient times the insane were seen as divinely possessed; a residue of that attitude survives. The greatest generals have all had a touch of divine, strategic madness.

-The 33 Strategies of War, Robert Greene

One thought on “Faking Insanity”